A lot has happened since we launched the #AZWatergate campaign a few weeks ago!

The hearings in San Tan Valley, and our #AZWaterg 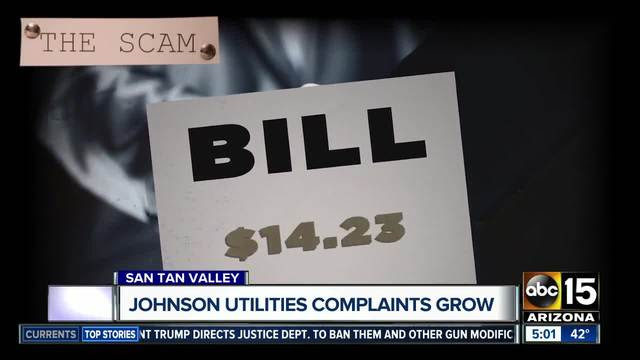 ate launch, were covered by a wide variety of media outlets – check out this great story on ABC 15.

More than 10,000 people watched the press conference on Facebook, and another 10,000 have seen our AZ Watergate video.

We learned that Governor Ducey, who took thousands in campaign donations from the men at the center of the #AZWatergate scandal, had quietly given that money to the Salvation Army in October, after an initial outcry over the summer. Our pressure forced him to go public with his decision.

Local residents have been pointing out for years that there are problems with undrinkable water and inadequate service in Pinal County. In response to the massive outpouring of complaints at the public hearings, the Arizona Corporation has opened an emergency investigation into concerns about clean water and deeply inadequate service in Pinal County.

If you weren’t able to speak at the hearing, but have concerns about Johnson Utilities, you can submit a complaint on the docket. Click here for instructions.