It’s hard to keep up with all the important happenings in this era of the 24 hour news cycle. That’s why we at ProgressNow Arizona want to make it easy for you to catch up on all the Arizona progressive news you can use. Whether it’s about how the craziness in Washington, DC affects us here in Arizona, what’s happening on the 9th floor Governor’s office, or how progressives are fighting to make Arizona better for all and how you can join in, we want to keep you in the loop.

Tweets of the Week 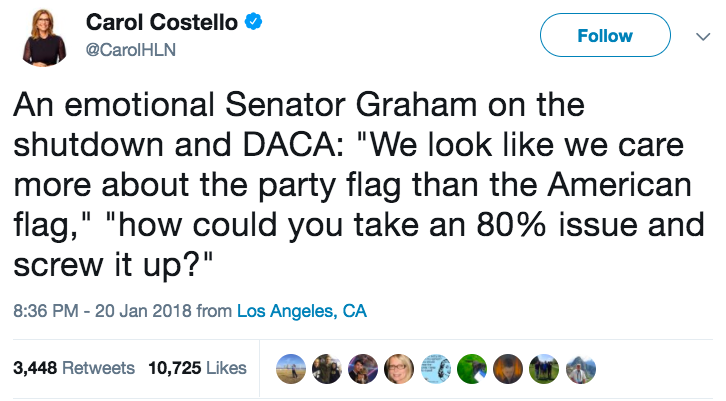 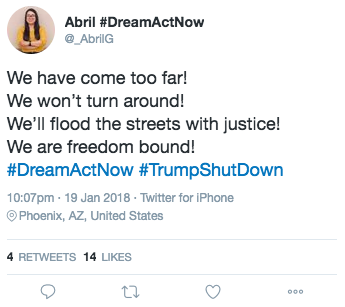 Trump’s incompetence and racism, and that of the Republicans in Congress, has now led to the government shutting down over the failure to pass a DREAM Act– even as opinion polls show that nearly 90 percent of Americans support protections for DREAMers.

A new bill, SCR1001, would tremendously restrict our ability to pass ballot initiatives, which are basically the only way we have to pass progressive public policy in Arizona.

In a nearly incomprehensible Facebook post, likely to be one of many this legislative session, State Senator Sylvia Allen claims President Obama tried to create “an Islamic Caliphate,” agrees with Trump’s racist comments on immigration, and asks: “Are you being psychologically manipulated?”

Join LUCHA, Progressives Democrats of America, the Arizona Dream Act Coalition, and Undocumented Students for Education Equity at a Monday night vigil for the DREAM Act in front of the Arizona Republican party.

LUCHA has a Lobby Day this Thursday! Join them as they demand an Arizona that meets the needs of all working families.